In January 2011, Joshua Rivedal found himself at the ledge of a fourth floor window ready to end it all. During the previous eighteen months his father had died by suicide, his mother betrayed him, his girlfriend of six years left him, and his theatre career was in shambles. After getting help, Joshua dedicated his life to bring awareness to mental health issues, suicide prevention, diversity, and social change. In May 2011, Joshua launched the one-man show and suicide prevention keynote Kicking My Blue Genes in the Butt (KMBB) at Baruch College in New York City. In 2013, Skookum Hill published his memoir based on KMBB, The Gospel According to Josh: A 28-Year Gentile Bar Mitzvah, now on the American Foundation for Suicide Prevention’s recommended reading list. In 2014, Joshua launched The i’Mpossible Project, designed to encourage others to tell their stories. In 2016 Skookum Hill Publishing released our first volume of stories, Reengaging With Life, Creating a New You—available in paperback and e-book through Barnes & Noble, Amazon, Kindle, Nook, Books A Million, and other major online and traditional retailers. After two years of testing at schools in communities and with the help of clinical mental health scientists and professionals, Josh’s newest venture, a mental health curriculum Changing Minds, was officially released to the public. ​ In 2017, Joshua, in his sixth year as a speaker, gave his 250th presentation. Changing Minds was adopted as coursework for ten high schools, colleges, and middle schools. In November, Skookum Hill will be publishing a second volume of The i’Mpossible Project--Changing Minds, Breaking Stigma, Achieving the Impossible.

A Toolkit for Your Mental Health

The Gospel According To Josh 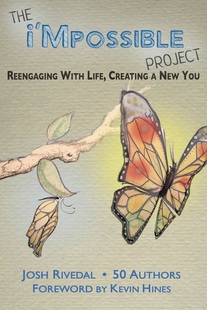 Reengaging With Life, Creating A New You. 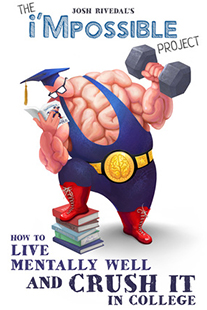 How To Live Mentally Well And Crush It In College 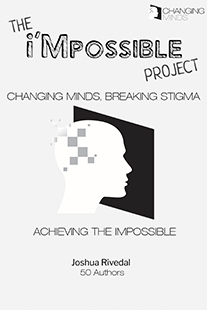